Hop onto the Canberra Theatre Centre Facebook on Mondays, Wednesdays and Fridays from 15 June and discover our digital season of free streamed performances including family content, literary readings, music, drama and plenty of surprises, all featuring Canberran artists, speakers and personalities and headlined with a variety show by Chris Endrey. With a mix of live interactive shows and pre-recorded performances, there’s something for everyone. Join our Facebook event to keep up to date with CTC@Home.

Can’t make the scheduled showtime? No problem – we’ll hold the curtain for you to stream our programs any time after their premiere.

We’ll release the schedule week by week, so stay tuned for more local musicians and performers as well as some well-known local personalities and special guests. 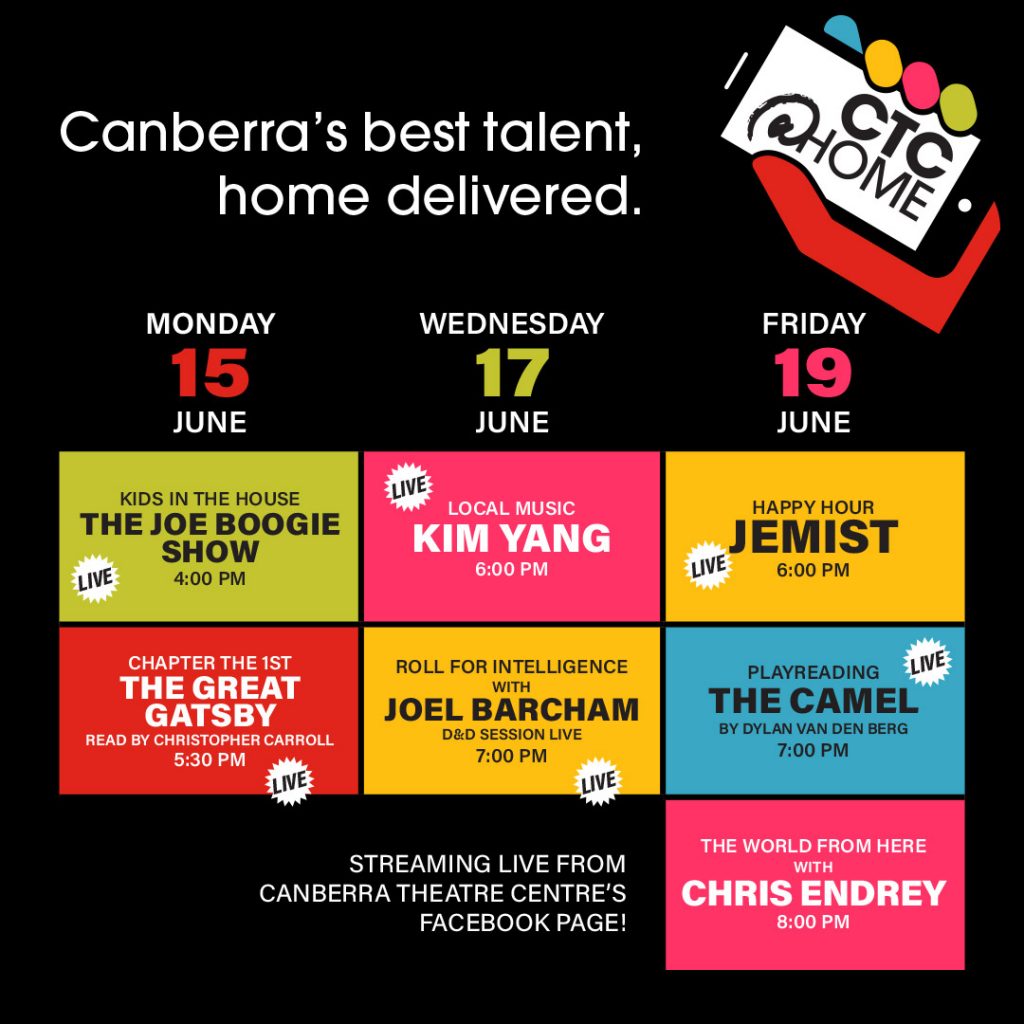 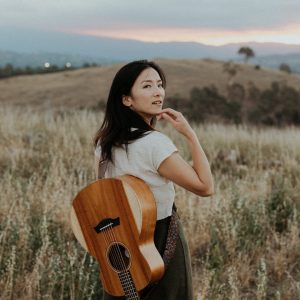 8pm: The World From Here with Chris Endrey
CTC@Home headline program The World From Here with Chris Endrey. The first of an eight-episode series exploring the world through the lens of host Chris Endrey, beloved musician, producer and creator of Canbeurovision. Each episode is themed and the season will journey through the artworks, athletes, neighbours, intellectuals, musicians and audience who share in Chris’s journey to scratch beneath the surface of all things in life.

Please read about our stance on scalping here.