Skip to content
Go to Collected Works 2020Go to The Wharf Revue: Good Night and Good LuckGo to CarmenGo to Circa’s PeepshowGo to Animal FarmGo to Wake in Fright

Missing your favourite comedians? Stream their past gigs on A-List VOD! These full-length comedy shows are available to rent or buy on the A-List Entertainment website. 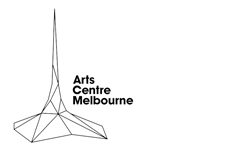 While Arts Centre Melbourne’s curtains are drawn, the show will go on with a series of free archival recordings and digital experiences in their digital program Together with You, available on their website.

Melbourne Symphony Orchestra have made a number of full length concerts available on YouTube including performances of Scheherazade, Schumann, Beethoven and more.

Each day at 10:30AM AEST, The Metropolitan Opera will release a different encore presentation from its Live in HD series for free streaming on its website for 23 hours. The schedule will include complete performances from the past 14 years, starring all the opera’s greatest singers.

From our House to yours is Sydney Opera House’s new digital program of weekly live recordings, full length performances and never-before-seen footage, as well as podcasts, articles, videos and more.

The Lockdown Monologues by Malthouse Theatre is a three-part series of live online performances capturing the experiences of people living through the COVID-19 pandemic in Australia. Register now to receive the first streaming link on 3 June.

Brisbane’s The Tivoli will be curating a series of live-streamed concerts, in-conversation events and more as part of their Shutdown Series. The gigs will be live-streamed on Facebook at various times. View the first video in the series with Sahara Beck here.

Critical Stages Touring
Itching for even more online arts experiences? Critical Stages have a breakdown of streaming theatre and cabaret, as well as educational resources and opportunities for artists, on their website

Streamed from multiple cameras directly from The Street theatre on 5-7 June, St Nicholas is an eccentric, gothic tale of bloodlust, vampires and theatre critics. Book online through The Street’s website; tickets are free but donations to The Street are appreciated.

This famous New York City live music and performance venue have launched a FREE streaming initiative, Joe’s Pub Live! From the Archives. They are streaming archived performances every weekend.

Keep up to date with upcoming live streams here or check out their previous streams in the series:

Paris Opera will be releasing shows from its archives for streaming on its website, including world famous operas, ballets, chamber music concerts and masterclasses for budding opera singers. 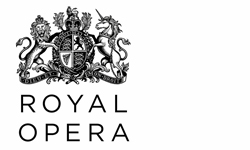 The Royal Opera House will be offering a free programme of curated online broadcasts, musical masterclasses and cultural insights that get under the skin of both ballet and opera and offer everyone a unique look behind the scenes at one of the world’s most famous cultural institutions.

Lord Andrew Lloyd Webber is releasing a full-length, smash-hit music once a week on YouTube for 48 hours. The musicals will be released 5am on Saturdays.

International touring company Complicité will be broadcasting their immersive performance of The Encounter, which follows the true story of a National Geographic photographer who finds himself lost in a remote valley in Brazil. Watch this stunning production on their website from 15 – 22 May. Headphones essential!

For the whole family

AYTP On Demand is a free platform which offers world class productions of Australian stories, tailored specifically to each age bracket of young Australians (aged 8 – 18), as well as drama classes, curriculum links, and interactive learning resources. All you need is an education email account (your school-aged child should have one of these!) to sign up on their website.

In addition to their performance video content, Lincoln Centre are also offering a daily pop-up classroom for children and families

Included in The Royal Opera House’s programme of curated online broadcasts is the classic children’s ballet Peter and the Wolf: watch now on Facebook or YouTube

The Children’s Theatre of Cincinnati has launched TCT Everywhere, a collection of full performances, study guides, podcasts and craft projects for children, available on their website.

Please read about our stance on scalping here.

The Canberra Theatre Centre is closed to the public until further notice.  For affected performance information click here. Affected ticket holders will be contacted by the Box Office.